Storytelling is a bit of a buzzword today. But stories are important in driving revenue, garnering customers or donors, or growing audiences. We retell stories to each other all the time. It’s how humans connect best. 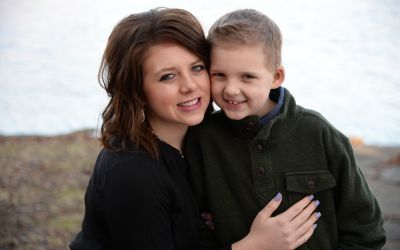 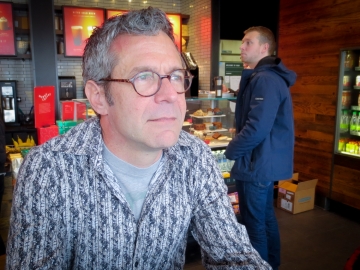 From Silence to Celebration

2019 has been a transformative one for Todd Fuqua: the Damien Center asked him to share his story—and his status. Todd is HIV positive… 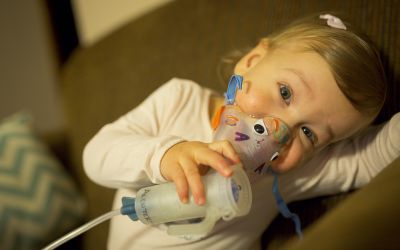 Imagine this: Your 18-month-old daughter has a pediatric pulmonary disease that stumps most pediatric pulmonologists. Eli and Ashley Kean, Coatesville, Ind., don’t have to imagine… 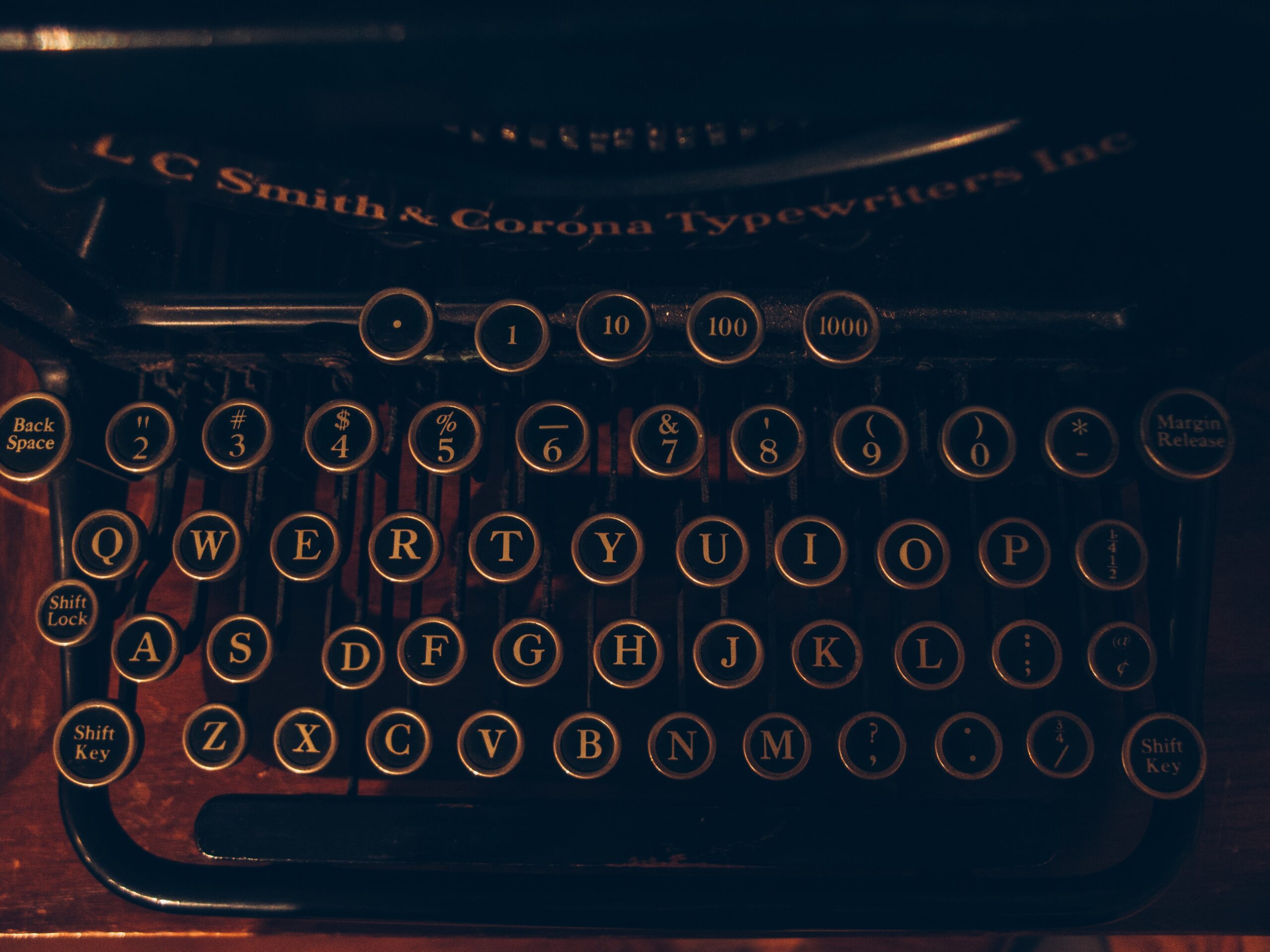 37 of 37 homeless and HIV positive people who Damien Center helped house back in March made it through those first scary weeks of shutdowns. None of them contracting COVID-19… 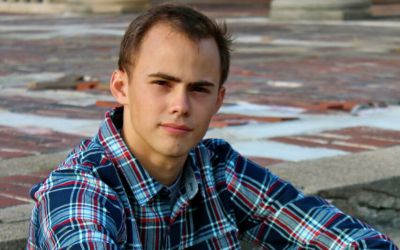 The right cancer drug in the right dose at the right time: that’s what Greg and Molly Barrett want for all kids with cancer.

On June 1, the Coby Palmer Food Pantry at the Damien Center resumed its pre-Covid level of service, but it will operate a little differently than before… 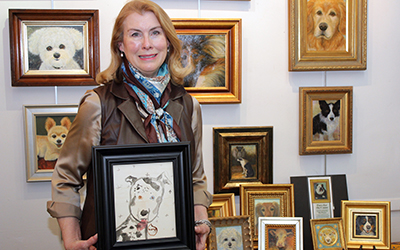 Marilyn Evans is onto something.

She’s tapped into both the rising trend of dog ownership in Indiana and the passion people have for Riley Hospital for Children. This Indianapolis artist created “Paintings for Patients,” a fund to benefit Riley Hospital’s Art Therapy program… 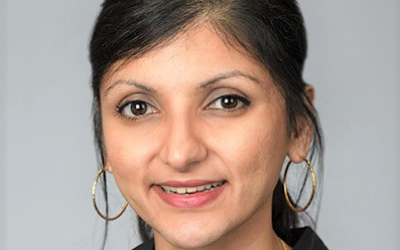 Riley Blog - "I didn't even know research was a profession!"

In 2005, an Arsenal Tech High School student stepped foot into the Wells Center for Pediatric Research and participated in an immersive program designed to increase students’ excitement for science… 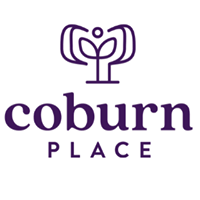 While working at Coburn Place Safe Haven in Indianapolis, I learned a lot. Here, transitional housing is provided for survivors of interpersonal abuse. Most of us know that as “domestic violence,” but often it encompasses much more. There are brave women, and yes, even some men. Here is one of their stories.

Stephanie’s Story: I Was Incoherent to Life

When Stephanie sat down to talk, she was near the end of her two-year stay at Coburn Place Safe Haven. It was a warm fall day and the interview took place at a picnic table. She spent the entire interview gently smoothing her hand back and forth over the table’s top surface. It seemed to be a bit of a nervous twitch, because she didn’t stop once in the nearly hour-long conversation.

The nerves made sense. She was moving out of Coburn, her home for nearly two years. However, this move would see her in a much better place than when she was first arrived in October of 2017.

Her life before being a survivor of abuse was pretty normal.  She spent most of her early years growing up in Indianapolis, and went to Lawrence Central High School. But she was born in Utah, and after high school headed back west to attend Brigham Young University. “My dad said if I got in, I had to go,” said Stephanie. She studied economics at first. “I was horrible at that. I got a “D” even with a tutor!” She was retelling that story as if she couldn’t believe her own struggles with economics, even 20 years later.

She eventually moved back to Indianapolis, and dated. After a few years, she met the man who would drive her to the safety of Coburn Place.

“I was lonely. Looking at posts online thinking ‘maybe there is a guy who would like me.”  She met her abuser online and they talked all night. “I thought that was all good – that he was so interested in me. But now I know he was finding everything out to learn how he could mess me up.”

Three weeks after they met, Stephanie was engaged. As the relationship progressed, Stephanie got sick. Her abuser carried a sexually transmitted disease and passed it on to her. “We went to the hospital, and we both got tested. He tried to blame it on my old boyfriend, but that guy had been dead for a year,” said Stephanie, matter-of-factly. Her abuser gave her the disease, but Stephanie is the one who walked out with a $1,000 medical bill.

That was the start of the financial abuse. “He wanted me to get a pizza delivery job so he could take all of my tips every night.”  He liked the easy access to cash a delivery job brought him.

Caught in the Cycle

In October of that year they moved in together. They lived in a small apartment with his sister and her daughter. “The whole thing was a hot mess,” says Stephanie. “But I figured not everybody has a perfect situation so I’d be patient.” It was more than Stephanie’s patience could handle, so when her abuser convinced her to move back to Utah, she agreed. “We only lived there for a month. It was a big waste of money.”

The financial abuse continued. When they moved back to Indiana, in January of 2017, Stephanie got a job she liked at Walmart. But her abuser caused her to get fired. “He’d call the store multiple times a day to check up on me. I was told I ‘may be terminated.’ I learned quickly that that meant ‘I will be terminated’—and I was.

He coerced Stephanie into buying a car. She had one that was paid off, and now she had car payments. Her credit, once considered very good, was plummeting.

By then Stephanie was already scared of him. She didn’t care about living, and hoped he would die too. The sexual abuse was rampant. “Sex was always forced. I tried to go on birth control, because he wanted me to be financially strapped even more by having a kid.” But when Stephanie went to the doctor to get a prescription, her abuser would not let her go to the pharmacy to pick it up. Normal tasks like going to the pharmacy are impossible for those living in the midst of abuse.

When she started looking for a job again in June of 2017, he was furious. That day, Stephanie left for Sheltering Wings. “I was not even coherent to life when I got there,” she said. “I got lost on my way. A cop stopped me on my drive there, and when he learned where I was going, he escorted me inside. I was frantic. I told him ‘I need to find this shelter because a crazy man is coming after me.’”

Fast forward five months and a home opened up at Coburn Place. There she met Jacqueline Willet, an advocate at Coburn. “She took me on a tour which ended at my new apartment. I was so happy. I didn’t have to worry about privacy. Or what to eat. Or when to eat. I had everything of my own. It was decorated really nice too. The nightmares I was having about people kidnapping me—I was worried he’d get people to find me—stopped.”

What didn’t stop was Stephanie’s progress. She embraced many of Coburn’s well-being services, and met with Jacqueline weekly. “Stephanie honestly took full advantage of case management sessions.  This is so critical to success.  It is a way for us to collectively monitor goals and make sure that they are reaching them,” says Jacqueline.

Stephanie has moved on from Coburn now, into a new home, a better relationship, a new job. She has come about a tremendous amount of wisdom in her 40 years. Throughout the interview, she’d often interject her own narrative with nuggets of knowledge gained.

“I listened to Julia (Coburn’s Executive Director) during the Open House last year,” Stephanie says. She talked about the need for contributions – food, shower curtains, cribs, money. And I realized that we have people being abused right now, while they are waiting to get into Coburn. It’s one little place but there is a thousand needy people who are desperate right now.”